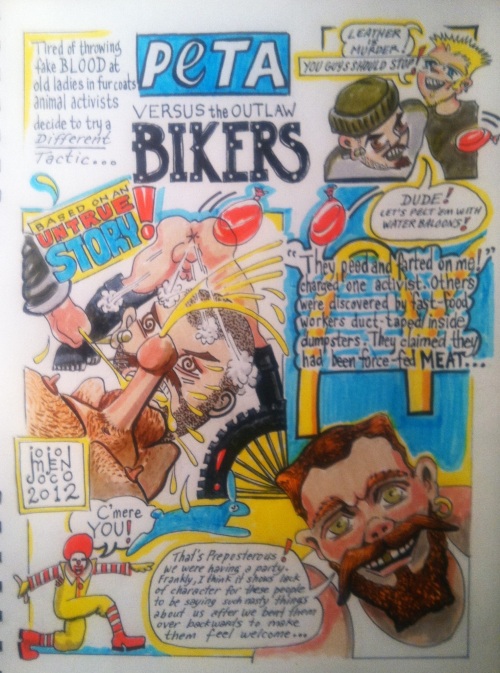 This shocking tale was making the innerweb rounds as a true story. It’s not. It’s just a meme joke. Sometimes though it’s more important that a story be interesting than that it be strictly true. Such with this satirical drawing illustrating the invented scene – from JoJo Mendoco. 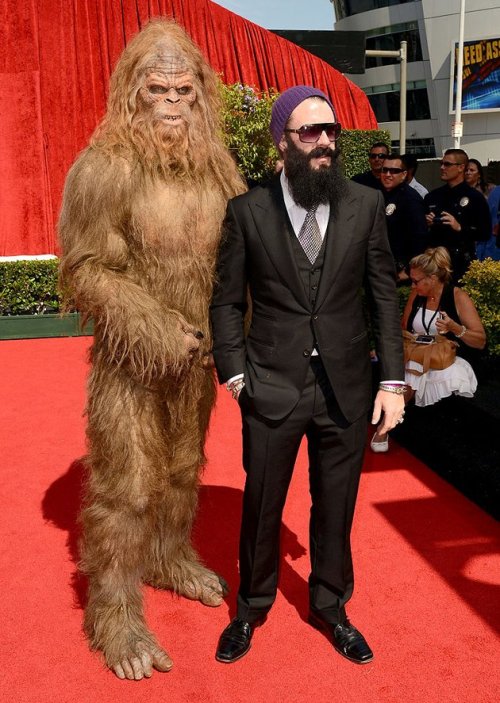 One of this blog’s most popular posts asked whether San Francisco Giants pitcher Brian Wilson is gay and kinky. Click here. He’s been known to offer “sugar” to the mysterious leather-clad “Machine” and now he seems to be dating Sasquatch. Are they one in the same? The Beard and the Squatch showed up together for the ESPY Awards.  Is the bearded pitcher advocating furry sex for butch guys? Hey, there were furries (or “plushophiles”) at IML this year. That would be International Mr. Leather, not the Illinois Municipal League. I’m not saying having furries at a Leather event is a good thing or a bad thing…but it IS a thing! For Brian Wilson at the Beef Bar, click here. 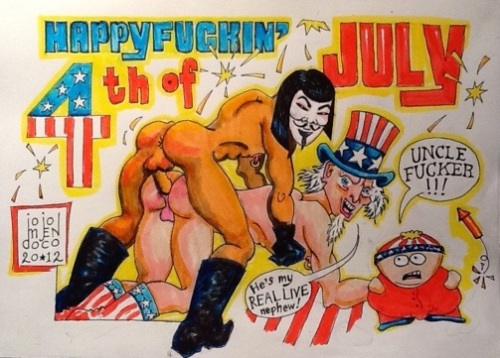 Our pal “King Tut” turned us on to this fun and funny t-shirt designed and manufactured locally the old fashioned way: hand-drawn and screen-printed in the artist’s studio. In fact, he gave us the shirt off his back! What a good boy. Artist Auvrey makes these and others and hangs out in San Francisco’s Castro Gayborhood. This one takes off on the UC Berkeley “Cal” mascot. Got the colors down, too. We like it…even though we are Stanford Dads. Hah! Go Bears! 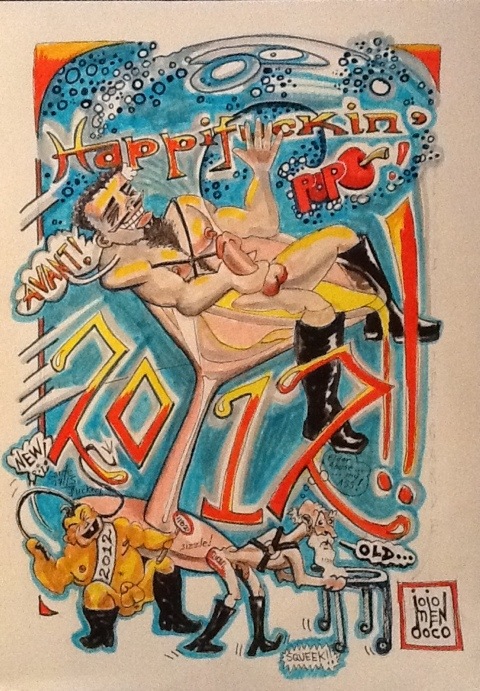 Old? New? Avant? Garde THAT, Fucker. Elder abuse my ass! In with the gnu…happifuckin’ New Year from JoJo Mendoco! 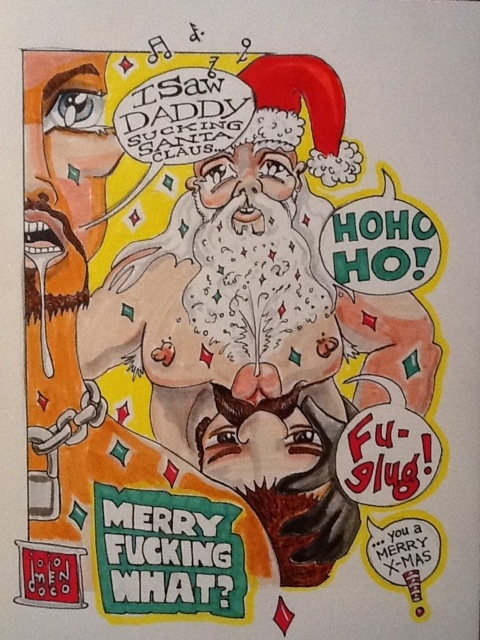 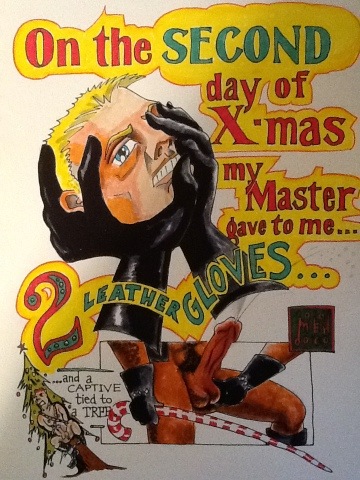 For the First Day of X-mas, click here, and for lots more from JoJo Mendoco, here.