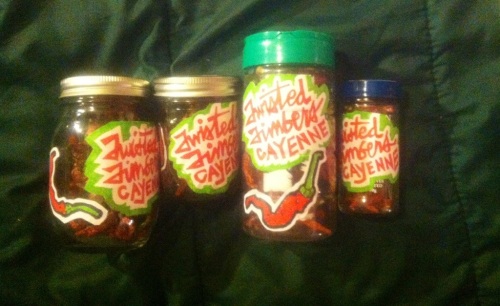 Rainbow Ranch. Not Gay. Just Happy. Sight seen on CA State Hwy 16. But what does it MEAN? William Burroughs said that “language is a virus from outer space.” Well said, Bill! Wait… Did I say THAT? 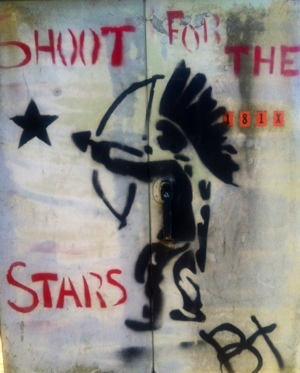 Seen on the side of an electrical box in rural Mendocino County, just north of Ft. Bragg. Check out his giant Indian Club…

What happens in the Barn… 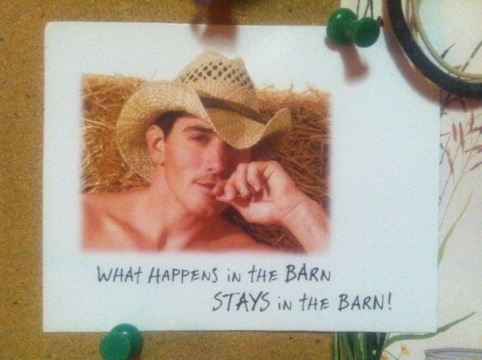 They say what happens in the barn stays in the barn. Haven’t seen this young man lately? Maybe could be that he’s…staying in the barn! Hah. It could even happen to you. Chore boy applications being taken now for summer work…and play!

Hand-painted sign on a Nor Cal bait shop. Wouldn’t want to be the boy on the skis. Gulp! For more ski-doodle doings,here.

This guy would spend his last dime to ride bulls…how about you?

New ad campaign I saw on BART today: Real Rural. Tag line is “Stories and Photographs from the Rest of California.” 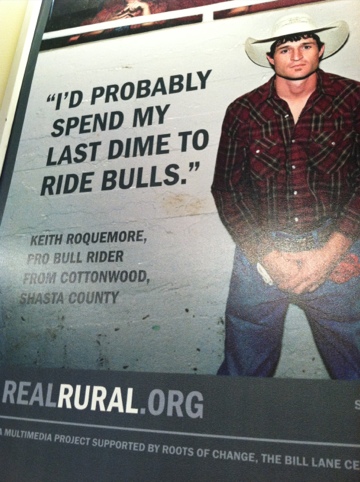