Posted on September 2, 2012 by gayhighwaymen | 2 comments 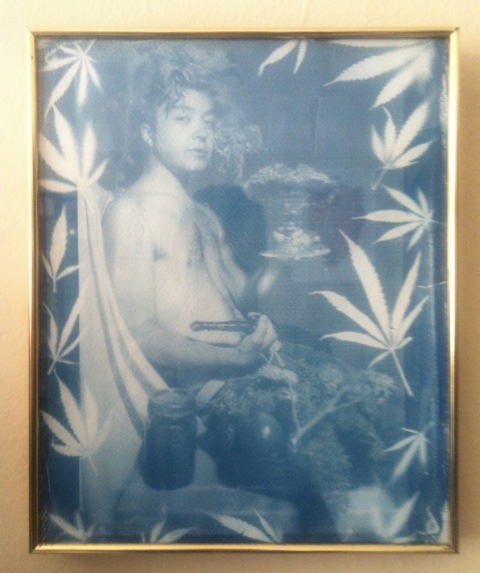 As many of The 15 Association brothers already know, it was announced by his family in Eureka, Jim & Mike (a.k.a. Duke), that Copper took his own life on Saturday, January 14. As some might not know, Copper suffered from a genetic autoimmune disease called idiopathic autoimmune hemolytic anemia, whereby his body would essentially attack itself. He was being treated medically for this condition, but still this disease left Copper in pain much of the time.

Copper did not leave any note, so his motives as to why he left us always will remain a mystery. Many of those closest to him made a pact to not second guess their own actions, try to figure out what more could have been done, or play the “what if game” in any way. Such thoughts will not change the present and feel counterproductive to the healing process.  They can potentially cause angst and ongoing self-recrimination during what needs to be a time of reflection and caring.  For those just learning of this news, please comfort and care for each other in the ways most fitting to yourself and your nature.

Copper will be deeply and sorely missed by the many souls he touched. He will be remembered fondly for his characteristic playfulness, his deep and thoughtful eyes, his hardworking nature, his impetuousness, the fierce loyalty he showed to those he considered family, and the fun-loving side of being a pup on all fours.

In remembrance and honor of Copper, Jim and Mike (Duke) will be hosting a Puppy Wake open to the public and predominantly, but not exclusively, for those in the broader Leather Community who wish to attend.  The concept of a “Puppy Wake” is (coined by Master Jim) is to both honor and remember Copper in a upbeat way.  It is based on the traditional Irish Wake, which is more of a party, and there will be a time set aside for people to share, either publicly or privately, fun stories or happy memories of Copper.

This is a social event intended to be a celebration of life. There will be music, perhaps DJ’d, and a place for pups to “pup out” if they wish to.  This is gathering of brothers and friends.  This is not a play party, however, so please keep any “non-puppy” toys in their bags.  There is, of course, no cost to attend. There will be a “Wall of Memories” where people can write or draw anything they wish.  If you have pictures or prewritten prose that you wish to bring and post on the paper wall, please do so.  There will also be colored markers to write with at the event. The wake will be held:

While this is begin held during The 15 Association’s Anniversary Weekend, it is not an official 15  event, and members are welcome to attend or not as they wish.  Jim & Mike wish to thank Mr. S Leather for the donation of the space for the afternoon, the Leathermen’s Discussion Group for providing chairs and light snacks and beverages for the wake, and the San Francisco K9 Unit for their planning assistance.

The Great God Pan? Or… 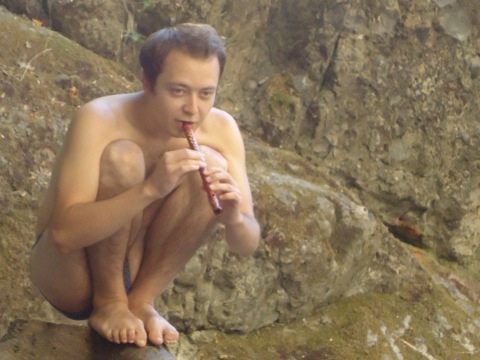 Ah, youth. Nutritious and delicious, sexy and silly. Is youth really wasted on the young? Worse ways to spend it IMO than on a sunny Sunday afternoon at San Francisco Pride. Captured with a click. Snap! For a Hot slide show of the Leather Contingent, click here. More soon.

Following Savage Campaign for Queer Youth, Peter Fiske says “It Gets Better” But DOES It?

But does it? Well-known Leatherman and friend of this site Peter Fiske has made an “It Gets Better” video and posted it on YouTube. We are, of course, re-posting. Kudos, Peter! It is fantastic. Of course. Messages of future promise are great, and can be just the thing to turn despair into hope. But. But. But. The “It Gets Better” video pep talks, started by columnist Dan Savage last year in an effort to curb high rates of suicide among queer youth, have really taken off. Cool. More on them here. Great campaign, but…it is not enough. Not nearly.

By all means, keep these positive messages coming. But. But. But. There are a few problems here. First off, it does not always get better – and we know that. If it always got better, dead friend of this site and Frameline co-founder Mark Finch would not have jumped off the Golden Gate Bridge. A popular, successful adult gay man kills himself. Or: youthful co-conspirator WRG, handsome, smart, set to inherit two fortunes, dead in a hotel room in Rio with a spike in his arm, the body stripped of valuables. They had to identify him by dental records. Just two examples. It did not get better for either of them, and they were pretty well set to overcome the past.

But. But. But. Another problem: The most vulnerable queer kids may be those least likely to be able to respond to these messages. Consider two scenarios:

One: You are 17, a junior in high school, with loving, educated PFLAG parents, a nice group of theatre friends, early acceptance to UC, and a problem with the school bully who taunts you with calls of “Faggot!” and elbows you in the hallways to the amusement of his toadies. It makes your stomach churn.

Two: You are 17, living on the periphery of San Francisco’s Castro district. You left Idaho and your violent Christian Identity family at 13 when your mother caught you with another boy. She broke a bottle over your head as you fled the house. See the scar? Arriving in SF, you met guys who turned you on to meth and fucked you raw. Already shell-shocked from childhood, you seroconverted at 14, have been on the streets for four years, and look really rough. Half-crazy with rage and despair, you kick trash cans and shout in frustration, sometimes sit on the curb sobbing. Everyone avoids you.

These are two pretty extreme, but true, examples. “It Gets Better” is a good message, but it is not enough. The kids need more than words. Even the UC-bound good gay kid needs more than words. And seriously damaged youth need a lot more. They also need the tools to survive a world which will continue at times to be hostile. Food. Shelter. Protection. Health care, including mental health and substance abuse help. Access to education, job-training, connections and good adult mentorship. Spiritual support, including services for survivors of  religious abuse. They do not need to be encouraged in magical thinking: “Oh…if I can only get to San Francisco! It’s like Oz! Everything will be fabulous!” Yes, sometimes it gets better. But: it does not always get better, and it does not automatically get better. If we actually want to see the kids flourish, we need to open our eyes to the full scope of the horror under which some queer kids come up – and add real resources that are equal to our encouraging words. We need to get real.

SF Giants make an “It Gets Better” video

The World Champion San Francisco Giants have made an “It Gets Better” video. For more videos and more information on the project, founded by columnist Dan Savage to give gay kids a vision of life beyond high school, visit the website here. For more Giant charitable work, click here. If you’ve ever wondered about Brian Wilson’s edgy style, here. For sadly broken Buster, here, and for Timmy the Kid, here.