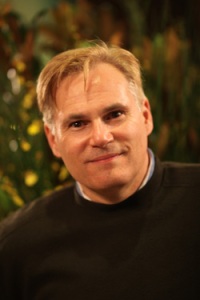 For background on the censorship scandal that ensued, click here, here, and here.

On June 3rd, Jonathan D. Katz, director of the doctoral program in visual studies, State University of New York at Buffalo, will discuss his role as co-curator and will consider such themes as sexual difference in depicting modern Americans; how artists have explored the definition of sexuality and gender; how major themes in modern art-especially abstraction-were influenced by this form of marginalization and how art reflected society’s changing attitudes. -via QCC

The program is at The LGBT Community Center at Market and Octavia. It begins at 8pm and costs $10. Want to get more of Katz? Want to give more to regional arts and humanities? Come to the Pre-party!

From 6pm until the lecture starts, enjoy a reception for Dr. Katz to benefit the Queer Cultural Center‘s Queer Conversations on Culture and the Arts: a series of lectures co-presented by QCC and the California College of the Arts. QCCA brings together locally and nationally renowned artists, writers, filmmakers, and scholars for a series of conversations to discuss a broad range of topics in the humanities and the arts. Reception tickets are $25-$100 donation and include wine, hors d’oeuvres, and preferred seating at the lecture.

The venerable and generally conservative National Portrait Gallery at the Smithsonian has been playing things a little closer to the edge of late. A 2009 exhibit on the self-portraiture of Marcel Duchamp has been followed with this year’s “Hide and Seek: Difference and Desire in American Portraiture” – a show broadly based around love on the Gay side. After being pressured by The Catholic League and assorted unnamed “conservatives” the museum has removed the David Wojnarowicz video “A Fire in my Belly” a beautiful and chilling piece with music by Diamanda Galas and which includes an eleven-second sequence of ants crawling on a crucifix.

“Hide/Seek: Difference and Desire in American Portraiture” is an exhibition of 105 works of art that span more than a century of American art and culture. One work, a four-minute video portrait by artist David Wojnarowicz (1987), shows images that may be offensive to some. The exhibition also includes works by highly regarded artists such as Andy Warhol, Jasper Johns, Thomas Eakins and Annie Leibowitz.

I regret that some reports about the exhibit have created an impression that the video is intentionally sacrilegious. In fact, the artist’s intention was to depict the suffering of an AIDS victim. It was not the museum’s intention to offend. We have removed the video.

In reference to screening the video in the first place, Mr. Sullivan writes that it was “not the museum’s intention to offend.” Fair enough. We wonder, though, what the intention was in removing the piece. In placating one set of sensibilities, the Gallery has managed to offend a lot of other sensibilities and a lot of other people. Our people. Gay people. On World AIDS Day. Charming, Mr. Sullivan. And thank you…for the clarification. Anytime a group acquires a bit of political clout, false allies emerge. It is important for us to know who are friends really are. Friends don’t throw friends under the wheels of the Vatican Express. Or the Happy Rainbow Pride Float. Shame on the Smithsonian and the NPG. They sure blew it this time. Really icky! Not fun and sticky…