The Phlip-side of the Phelps Phamily – Gay-friendly Nate! – Son of Dying Phred… 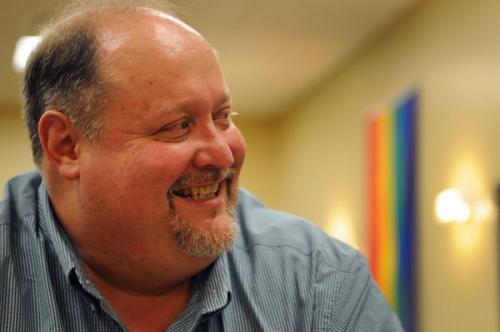 Our hearts go out to the estranged children of infamous hate-mongerer Fred Phelps of the notorious Westboro Baptist Church, a pseudo-congregation made up primarily of members of his own family. Seems the old man, the patriarch of The Most Hated Family in America is dying. The father of thirteen children, four of those have severed ties. The man who terrorized funerals of AIDS victims and war victims with equal glee did not hold back with his own family. Son Nate Phelps has become an outspoken speaker on the topic of child abuse in religious organizations as well as an ally to and advocate for the Gay and Queer communities his father rallied against for so many years. Go, Nate! BTW, not all evil-ass cults are right wing. Religious abuse, like totalitarianism, can approach from the right OR the left. For a groovy take on THAT Cozmic Debris, just ask old Frank. Zappa, that is, baby snakes and yellow snow…