From Teenage Ball Boy to Out Gay NBA Exec: Rick Welts of the Phoenix Suns 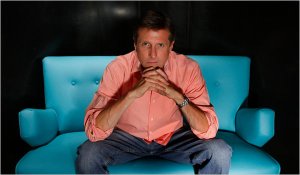 Rick Welts, President and CEO of the Phoenix Suns, is coming out. The 58-year old Welts began his career 40 years ago with the Seattle Supersonics as – no kidding – a ball boy. According to Dan Barry’s column in Sunday’s New York Times:  “Mr. Welts explained that he wants to pierce the silence that envelops the subject of homosexuality in men’s team sports.” Four decades in the closet came at a cost. When his partner passed of AIDS in 1994, he took two days off. “His secretary explained to others that a good friend of his had died. Although she and Arnie had talked many times over the years, she and her boss had never discussed who, exactly, Arnie was.” Later, he lost another long-term lover, when the man finally left him, unwilling to continue to live in the closet. That was two years ago. And now, Welts is out. Read “A Sports Executive Leaves the Safety of His Shadow Life” here.

John Amaechi is a MUCH bigger man than Kobe Bryant 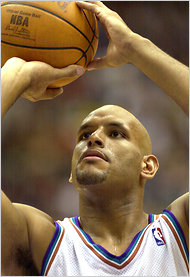 Author, entrepreneur and former NBA center John Amaechi made basketball history when he came out in 2007. Now he has some advice for Kobe Bryant, who is contesting a $100k fee that is being imposed on him for calling another player a faggot. Amaechi tells Bryant “you did serious damage with your outburst” and challenges him, respectfully, to acknowledge that. He writes about the gay teen boy in the Southland who plays varsity Basketball who e-mailed him: “this week he feels less safe and less positive about himself because he stared adoringly into your face as you said the word that haunts him in school every single day.” Powerful stuff. I hope Bryant listens. For the full text of Amaechi’s open letter to Bryant, click here.