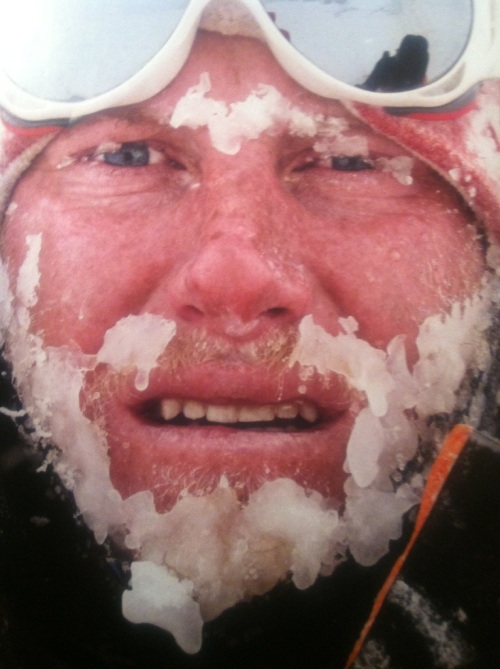 Reminds us of a joke about an Eskimo. Cool cause of icy specificity…not racially insulting, could be a Lapp or any polar dude with a broken snowmobile. The repairman tells him: “Man, looks like you blew a seal…” and polar dude responds: “Oh, no! Not at all! That’s just frost on my moustache!”

From the 125th Anniversary Edition of National Geographic. Congrats to an ancient and noble photographic publication!