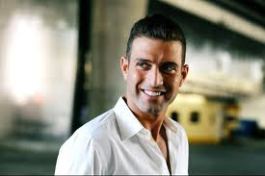 According to the Jerusalem Post and numerous other media outlets, the grandson of the famous Egyptian actor Omar Sharif has come out as gay and has also revealed that his mother was Jewish. According to rabbinical law, this makes him Jewish. He explained that coming out was a result of his concern over the well being of sexual and religious minorities in Egypt in the wake of last year’s Arab Spring. He urged elected officials to pay attention and not let the efforts of progressive youth morph into repressive results.

Sharif wrote: “I hesitantly confess: I am Egyptian, I am half Jewish, and I am gay. I write this article in fear. Fear for my country, fear for my family, and fear for myself. I anticipate that I will be chastised, scorned, and most certainly threatened. From the vaunted class of Egyptian actor and personality, I might just become an Egyptian public enemy. And yet I speak out because I am a patriot. The troubling results of the recent parliamentary elections dealt secularists a particularly devastating blow. I write, with healthy respect for the dangers that may come, for fear that Egypt’s Arab Spring may be moving us backward, not forward.”