Black Futurist seen on the Street… 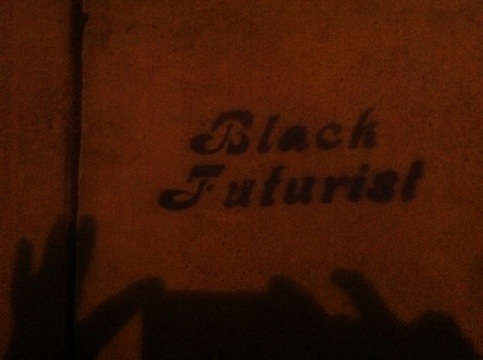 …or on the sidewalk, as the case may be. Stencil seen on Market Street in San Francisco. The original Futurists were early 20th century Italian proto-Fascist artists and theorists in love with speed, war, and machines. Black Futurism is a more recent cultural phenom, an Afrocentric hybrid of arts, theory and literature, especially sci fi genres. Gay African American polymath Samuel R. Delany has been an influence in its development as has the visual work of seminal Neo-Pop artist Basquiat. A recent exhibit unpacked the history of this relative neologism.

2 responses to “Black Futurist seen on the Street…”