Not your Daddy’s Islam: the Sexy Muslim Punks of Taqwacore rock the Casbah 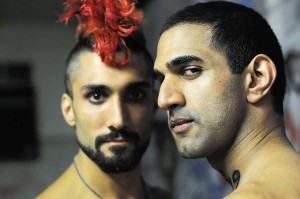 When The Clash sang “Sharia don’t like it” thirty-some years ago, they could never have anticipated Taqwacore, the emerging hybrid of Islam and punk. In another instance of life following fiction, the term came from a novel. American convert Michael Muhammad Knight left his Philadelphia home at 17 to travel to Pakistan, where he studied at a madrassa. Years later, disillusioned, he wrote The Taqwacores, which centers on a fictive “Muslim punk house in Buffalo, New York, inhabited by burqa-wearing riot girls, mohawked Sufis, straightedge Sunnis, Shi’a skinheads, Indonesian skaters, Sudanese rude boys, gay Muslims, drunk Muslims, and feminists.” Taqwa means “piety” or “god-consciousness” and “core” is a suffix that refers to punk genres. Queercore and Homocore are other examples. Unknown to Knight when he self-published, a subculture of punk-influenced young Muslims was already simmering. Small groups, formerly largely unknown to one another, now had a term to refer to their movement. 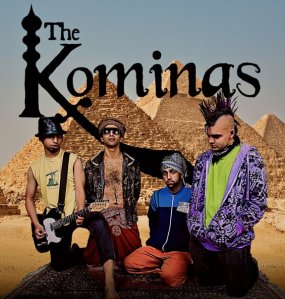 The meme succeeded. Current Taqwacore bands include The Kominas, The Secret Trial Five, Al-Thawra, and Sarmust. Two Taqwacore films are currently screening, The Taqwacores, based on the novel, and the documentary Taqwacore: The Birth of Punk Islam. As for Knight, he is now a graduate student in Islamic Studies at Harvard University.